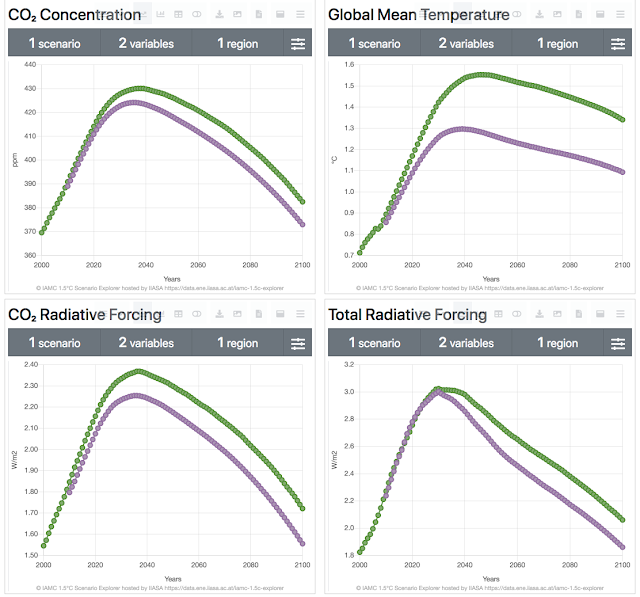 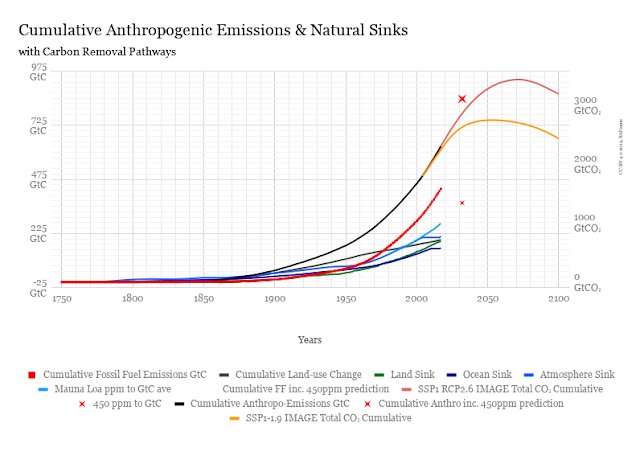 What's the total amount of cumulative CO₂ since 1750 that equates to 450 ppm, and other tipping points? What scenarios get us away from these tipping points the fastest? What temperature relative to 1850, is safe and acceptable warming, that provides environmental justice for all plant, animal life on Earth? Note this allowable warming is relative to a point in time that was changed by human emissions, therefore this number could be negative. What's the fastest, safest rate we can remove Carbon from the atmosphere to restore the climate the fastest?
Posted by Shannon at 10:31 PM